Let’s get down to the bare bones of understanding Narcissism, the terminology used and the abbreviations we often see used in articles, blog posts and on social media.

First off, if you are reading this, you probably already know what a Narcissist is.  Do you know why is it called narcissism? The term originated from Greek mythology, where the young Narcissus fell in love with his own image reflected in a pool of water. 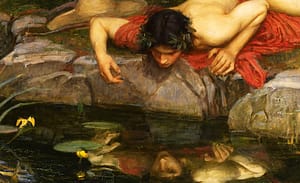 … Except in the sense of primary narcissism or healthy self-love, narcissism is usually considered a problem in a person’s or group’s relationships with self and others.

What is a covert narcissist? A Covert Narcissist is someone who craves admiration and importance as well as lacks empathy toward others but can act in a more sly, hidden and deceptive way.

What is an overt narcissist? The Overt Narcissist is easily identified because they tend to be loud, arrogant, and insensitive to the needs of others and always thirsty for compliments. Their behaviors can be easily observed by others and tend to show up as “big” in a room

The MayoClinic describes the Signs and symptoms of narcissistic personality disorder and the severity of symptoms vary. People with the disorder can:

At the same time, people with narcissistic personality disorder have trouble handling anything they perceive as criticism, and they can:

From Psychology Today these terms are explained as follows: 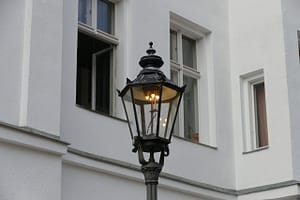 Gaslighting –  Narcissistic gaslighting occurs when people with narcissistic personality disorder refuse to admit that they are wrong or have done something bad to their mate. Even when they are caught in the act, they will often try to convince the other person that he or she is paranoid and is imagining the whole thing. (see our blog post on “Are You Being Gaslighted?)

Going “Gray Rock” – (also see our blog post on “Gray Rock Method – Dealing with a Narcissist or Sociopath”) – If you are involved with a narcissist whom you cannot avoid, many people advise going gray rock.

This means that your manner during your interactions with the narcissist is as boring, unemotional, and neutral as you can manage.  Essentially, you become as uninteresting as a gray rock.

Love Bombing – The term love bombing is now used to describe narcissists’ over-the-top courtship tactics when they are chasing someone that they are trying to seduce or make fall in love with them. It is wildly romantic behavior that includes constant praise, promises of undying love, thoughtful little gifts, late-night texts, and anything and everything that the narcissist thinks will secure the love of the person he or she has chosen.

This intense positive attention is often accompanied by pressure for a quick commitment.  Unfortunately, once the narcissist actually secures the person’s love, the love-bombing generally stops and is eventually replaced by devaluation or indifference.

Hoovering – The term hoovering has now been extended to refer to a narcissist’s attempts to suck a discarded mate back into a relationship by saying and doing things that the ex would find irresistible.

We find this one Really Interesting – Have you heard of it before?

Narcissistic Word Salad – The term narcissistic word salad is essentially a misuse of an important psychological term. Instead of referring to an involuntary verbal sign of a severe mental illness, such as schizophrenia, it is being used as a slang term for a type of narcissistic speech that is purposefully confusing. Listeners find narcissistic word salad extremely frustrating because the narcissist is using circular reasoning, outright lies, denial, or mis-characterizations of past events to avoid being wrong or having to take responsibility for something.

Here are some Abbreviations you may see in your reading and are explained as follows:

Here is an interesting term – this is a great one to remember:

Justify Argue, Defend, or Explain with a Narcissist. It will get you nowhere.

If you have other Abbreviations you’ve seen used, please share them with us in the comments section.

AND Last but not least:

SAHD – Street Angel House Devil – Acts one way in public – like an Angel, and when behind closed doors acts like a Devil.

(Back to Main Blog Page)

Apologies for the intrusion...

~ A FRIENDLY REMINDER TO ~
CHECK OUT OUR SHOP

** YOUR SUPPORT IS APPRECIATED **

The purchaser is responsible for the payment of all taxes and/or import fees related to any products purchased and/or shipped from the U.S. to a country outside the U.S., including as may be applicable any sales tax, VAT, GST/HST tax, import fees, and/or duties.

Please check with your local customs and duties office directly to see if a tax or fee will be applied to your order. Street Angel House Devil is not responsible for duties and taxes assessed, if any, on your purchases.